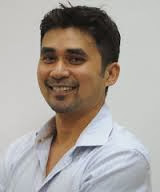 Former general manager of the Malaysian Hockey Confederation Maninderjit Singh could well make a return to the national hockey body, but this time as the Chief Executive Officer.

Maninderjit is one of the three candidates set to attend an interview for the position to be conducted next Saturday by the MHC.

The other two are University of Malaya Sports Science Faculty lecturer Mohd Faithal Hassan and former international K. Logan Raj, who is a columnist’s with The Malay Mail.

For more go to www.hockey-asia.com
Posted by Unknown at 7:38 PM

The national women championship, beleaguered by problems from the start was dealt a big blow when Kuala Lumpur withdrew at the eleventh hour.
The tournament, for the Raja Noora Asikhin Trophy commenced on Monday with only 11 teams after the city side failed to turn up for the managers meeting on Sunday.
www.hockey-asia.com
Posted by Unknown at 8:50 PM

The MHC has opted not to secure the services of this blog for the RNA Cup this year hence we will only provide basic updates from time to time.

The fixtures are undergoing changes as Kuala Lumpur withdrew at the 11th hour on Sunday prior to the Managers meeting.

More on this development later today. 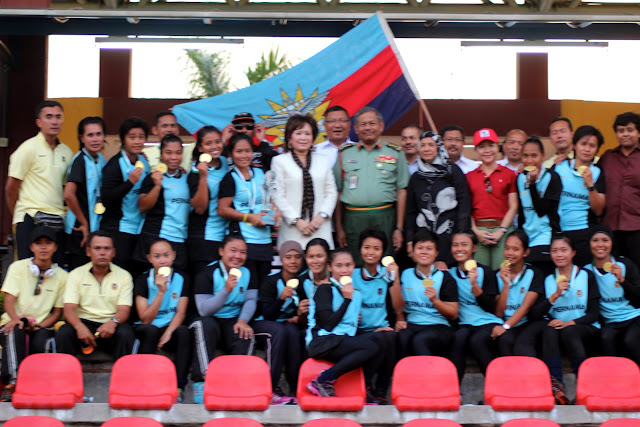 Armed Forces lifted the Raja Noora Ashikin Cup for the first time in the history of the competition when they defeated Malacca 3-0 in the final at the Seremban 2 Hockey Stadium.

It was a final that pitted the experience of the Armed Forces against the youthful exuberance of the Malacca side, who were a last minute entry into the tournament. 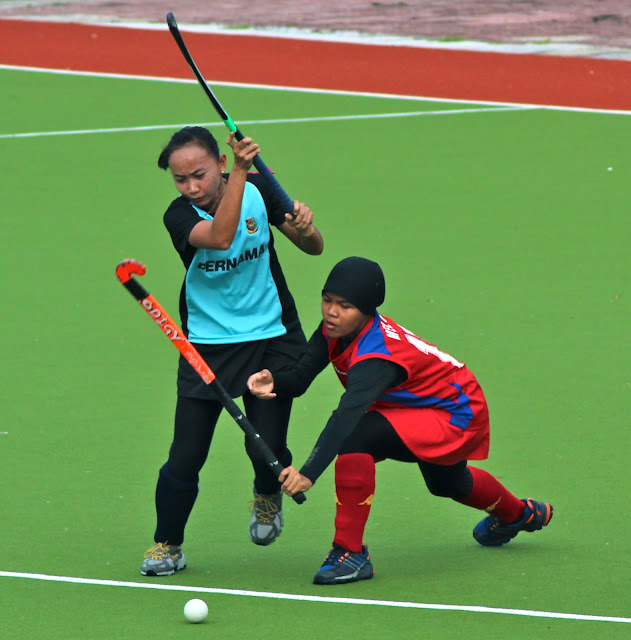 In the end experience won but the Malacca side can stand proud as they made the final of two national championships within a space of two weeks. For in early June the Malacca girls had won the National Indoor Championship for the Raja Ashman Cup. 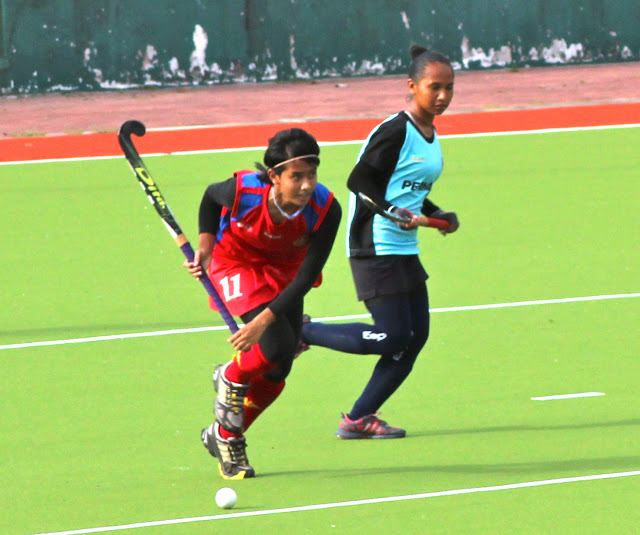 As for Armed Forces, the women squad lifted a trophy that had eluded them for seven editions. Their men squad had earlier ended a barren run for Armed Forces since the 1982 Razak Cup triumph by winning the National Indoor Tournament for men on June 2.

Armed Forces played a tight game at the back, opting for a four-player defence with Juliani Mohamma Din orchestrating the attack from midfield with skipper Nadia Abdul Rahman. 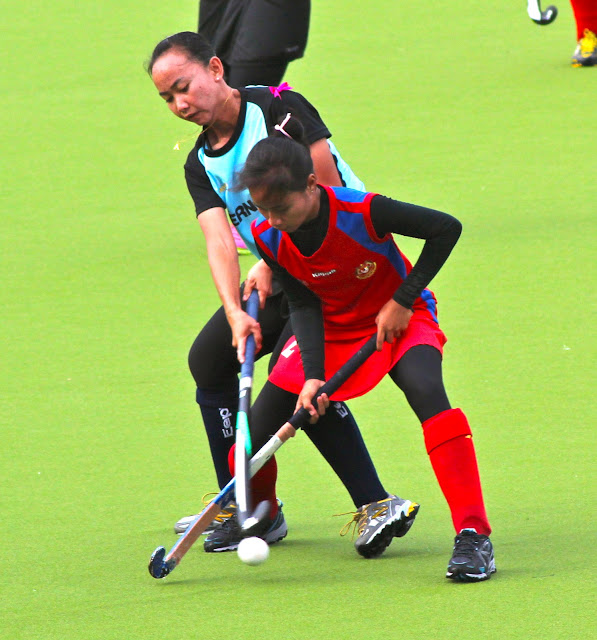 Despite being awarded three penalty corners early in the match, Nurul Asyadah Ahmad Shapawi failed to find the mark.

Malacca could not play their free flowing style of hockey that got them into the final as missing from the line-up was key defender Nur Atikah Shari who had to sit for her university examinations.

With Armed Forces dominating play, it was a matter of time before they scored. And the first goal duly came in the 24th minute through Izzuin Ismail.

Malacca had barely recovered from that when Nadia struck in the 27th minute giving Armed Forces a 2-0 lead.

Try as they did in the second half, Malacca could not breach the tight defence of Armed Forces and having to play three matches within 36 hours put paid to any chances of a fightback.
A penalty corner converted by Juliani in the 68th minute sealed the win and title for Armed Forces.

Goals for KL were scored by Herni Japlee in the 6th minute and Norazlin Sumantri, who netted a brace in the 11th and 32nd minutes. 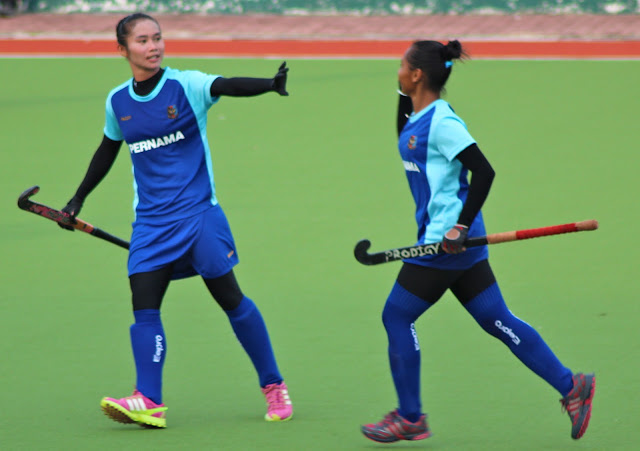 Armed Forces qualified for the final of the Raja Noora Ashikin Cup after they edged KL Sukma 2-1 in the semi final at the Seremban 2 Hockey Stadium.

And Malacca created an upset by defeating Terengganu 2-0 in the second semifinal.

Malacca, represented by 11 players from the Bandar Penawar Sports School netted their goals via Nuraslinda Said ( 56th minute) and Siti Nor Aliah Amnuruddin (59th minute) and will fancy their chances against and ageing Armed Forces side.

Terengganu netted a consolation in the 70th minute through Nurul Najihah Farhani Rashid   who converted a penalty corner.
Though they lost, credit must go to KL who matched their more experienced opponents for long spell of the match.

It was only due to their unability to convert the chances and poor marking in the closing stages that led to their downfall. 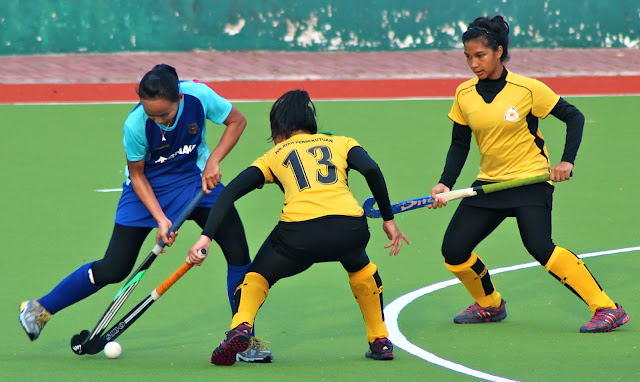 “The players did their best and went down fighting. What more can I ask of them? At times I felt that my youngsters gave the opponents too much respect, but that is something they need to overcome,” said KL coach Rizal Razman.

“Defeat is always a bitter pill to swallow but I hope that the players will learn from the mistakes and put up a better show in Kuantan for the Sukma next month.”

It was KL that took the lead in the 20th minute when a pass from Nur Farah Shahira was turned into goal by a lurking Hernie Japlee at the far post. 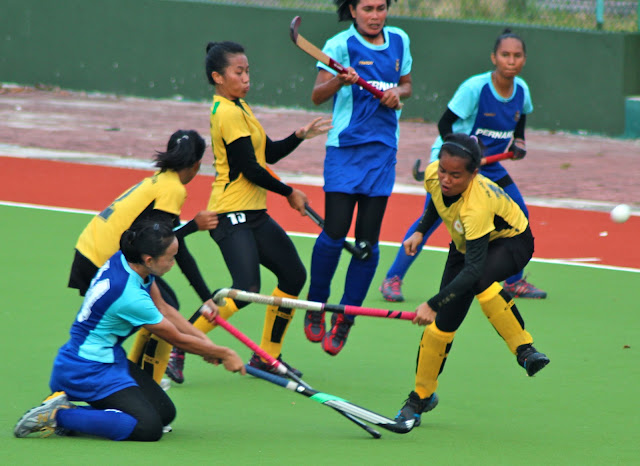 The winning goal came in the 64th minute via Izzuin Ismail who turned in a cross from Nadia Mokhtar to put Armed Forces into their second succesive final. They lost to Pahang 2-1 in last years final and have yet to win the RNA Cup. 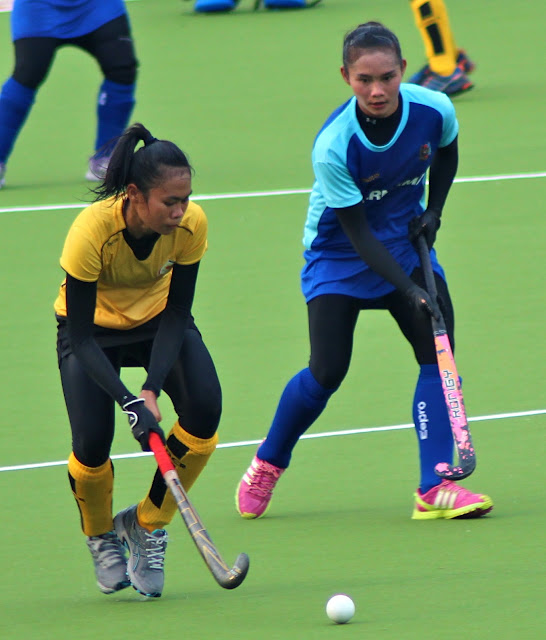 “It was indeed a harrowing experience as our performance was not up to the mark. We were fortunate to win and really were poor in several aspects,” said Armed Forces manager Azlan Shah Aziz.

“If this is the form we carry into the final tomorrow then we will be in heaps of trouble. vWe have an experienced side but are not playing to their potential.” 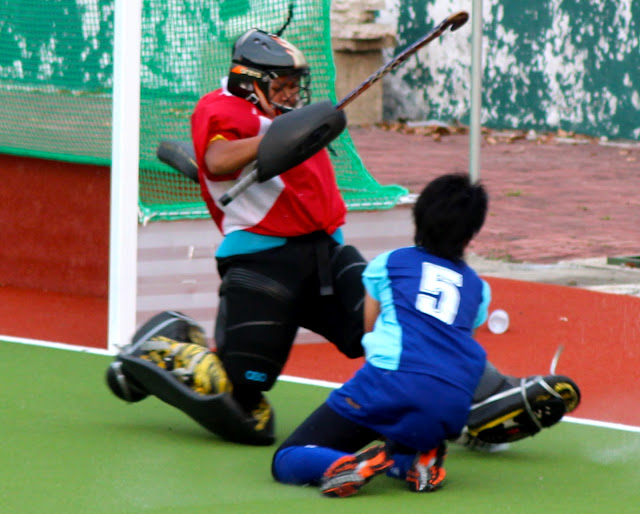 Armed Forces will take on the winner of the Terengganu v Malacca match that will be played at 7.00pm.